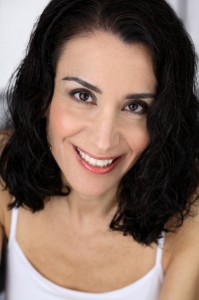 Deb’s love of dance began as a young girl.  She spent many years acting, singing and dancing in both professional and regional theatres and holds a B.A degree in Theatre as well as an MBA in business.  She went on to do much work on stage, film and t.v, but especially loved the time she spent dancing in musicals such as West Side Story, A Chorus Line and many others.   She became actively involved in Ballroom & Latin dance under the tutelage of John Vitti, and continued to study with other world class instructors such as Julias Kaisar, Bill Davies, Marion & Kenny Welsh, Billy Fajardo, & Frankie Martinez.   Deb spent many years competing in NDCA competitions in both American and International divisions before moving into the teaching arena.

Deb brings her passion, enthusiasm, and love of dance to all of her classes.  Through patience, encouragement and sense of humor she can help even the most novice dancer get over the initial fear of learning to dance!  She currently offers both group and private classes in Ballroom, Latin, Salsa & Hustle.  For more information, please contact Deb at info@vittisdancestudio.com 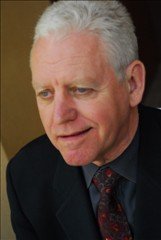 Guest instructor Bill Davies started his professional dancing career in 1958 with the Arthur Murray Dance Studios in Hartford, Connecticut. In 1963, he left Hartford for New York City to begin his independent teaching and competitive career in what is now called DanceSport, and was one of the founding professionals of the Pro/Am competitions. During his career spanning more than forty years, Bill has studied with three generations of top world class coaches, competed with five different professional partners, and was a member of the first, as well as several other United States teams which represented our country at Blackpool. Bill placed eighth in the 1978 World Championships in Tokyo. He is a nine time “North American Champion”, and a two time “United States Champion.” From 1966 through 1972, Bill Davies was Vice Chairman and Chairman of the National Dance Council of America. He is currently the Eastern Vice President of the Professional Dancer’s Federation having held this position since 1994. Mr. Davies holds Membership and Fellowship degrees with the Imperial Society of Teachers Dancing and is an examiner for the North American Dance Teachers Association. Currently, he is coaching and judging amateur and professional couples throughout the world.
Click here for more information..

Born in Germany, Christoph started to dance at the age of 14. He competed very successfully at the amateur level (special Standard) before he became a professional. He opened his own dance studio in 1987, and teaches amateurs of all ages and levels from beginner to the State Champion. He became a certified Aerobics Instructor in 1996 for Aerobic, Step Aerobics, Thai Bo, and Power Dumbbell. He moved to USA in 2003 and joined the Fred Astaire Dance Company from 2003 – 2012 and worked in different studios in Connecticut, Georgia, Florida and New Jersey. Since 2013, he worked as an independent Instructor in Fairfield, CT and Westchester, NY. He is a certified Dance Teacher and Adjudicator at the US Terpsichore Assoc. (USTA) and the National Dance Council of America (NDCA). He teaches American and International Style. 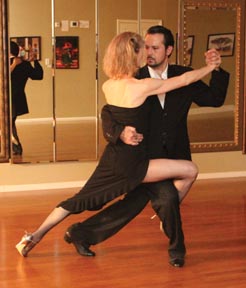 Guest instructor Gem Duras received his tango training from the stars of the famous show “Forever Tango” most notably the legendary Carlos Gavito with whom he had the opportunity to study extensively for several years, incorporating his technique, elegance and musicality into his own dancing and teaching. Later he studied performance tango and men’s/women’s technique with Francisco Forquera and Carolina Bonaventura in Argentina to become a certified instructor and tango dancer. Gem co-founded Tango Sueno with Dale Ellison, and during their partnership they have developed a reputation as dynamic Argentine Tango teachers and performers in milonguero, nuevo and performance styles of tango, teaching and performing throughout Connecticut, New York and California. They have traveled to Buenos Aires numerous times to perfect their technique by studying with Gustavo Naveira, Juan Carlos Copes, Osvaldo Zotto, Oscar Mandagaran, Chicho Frumboli, Geraldine Rojas and Susana Miller among others. 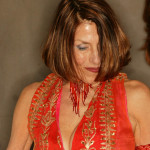 Chona Trinidad started Hula dancing at age 12 and it became her passion.  A native of the Philippines, she started teaching Hula dance in her country and continued her passion here in the US where she started teaching in 1995.  She then put on her first fundraising show for the Ann’s Place of Danbury which then led to numerous other performances.   Creator, Director and Choreographer for the CT Tiare Polynesian Dance Troupe, she actively participates in various community and civic services and entertains seniors living in assisted living.

Chona approaches dance and music as manifestations of the human spirit, encouraging her students to explore and celebrate the expressive movements of hula dancing. She has been a teacher and performer of Polynesian dance for 32 years. She earned her Bachelor’s degree in Banking and Finance at the Phil Women’s University and was a full time Hotel Director of Finance for 35 years. 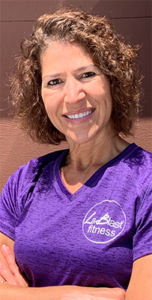 Upon discovering LaBlast Fitness, Denise knew right away this was for her!  She loved the fact that LaBlast is a fun, safe exercise program that combines the love of dance with the need to move our bodies.

Denise started ballroom dancing 10 years ago (2011) and has successfully competed as an amateur ballroom dancer with Fred Astaire Dance Studios. She is an Open Gold level dancer with numerous accomplishments. She placed first at the National Dance Championship competition in Florida and is the winner of many Regional competitions throughout her 10 years – both Championship and Scholarship rounds. She is proficient in both American and International styles.

Denise became a certified LaBlast Fitness instructor in 2019 and started Dance Fit with Denise in 2021.   It is her mission to combine her love of ballroom dance with her passion for physical fitness. 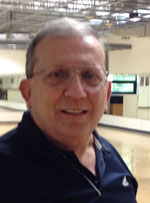 “Anyone can learn” to ballroom dance says John Vitti, a dance instructor for over 50 years. John grew up in Stamford where he learned to dance at age 7 when his mother sent him and his 5-year-old brother to dancing classes. He and his brother started competing in Stamford and went on to other competitions, eventually winning the National Championships in New York, Philadelphia and Miami. John continued dancing through adulthood and taught dancing on the side during his career as an engineer. After 35 years with Pitney Bowes, John retired and began teaching dancing full time. John was selected 3 times to represent the United States at the World Dance Championship in Europe. Former North American Champion and New England Latin Champion. In 1975 John decided the time was right to open a home studio. In 2010, John and his wife Andrea opened their new studio on Precision Drive. John was a member of National Dance Council of America (NDCA), and was certified by the Imperial Society of Teachers of Dancing (ISTD), which is the world’s leading dance examinations board. John sadly passed away in March of 2021 but we will forever hold his memory and legacy in our hearts 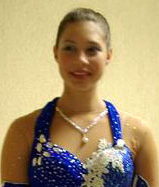 Anna G. – There are no ballroom or latin classes currently scheduled with Anna

Sandra Hernandez – There are no Flamenco classes currently scheduled with Sandra